National agency on corruption prevention restarts the registry of declarations. NAPC aims to make the declaration process easier for the integrity of officials, while creating effective conditions for the rapid detection of violations in the declarations of those who want to hide their own wealth.

The law firm GORO legal will help to resolve issues with NAPC: in obtaining a digital signature, in collecting the necessary documents by proxy of a client to form sections of the NAPC declaration; in preparing the declaration: annual declaration, declaration on a significant change in property status, declaration of the candidate for the position; in obtaining clarifications from NAPC on specific issues, in eliminating conflicts of interest, in collecting and analyzing information based on judicial practice; in risk assessment of liability in non-standard situations that require declaration; in preparing explanations and collecting evidence in the case of a written request from NAPC; in escorting a client when calling to NAPC; in tracking information about the state of the case in court (including the selection of the judicial practice of a particular judge); in collecting evidence; in preparing the client for speech (including written explanations, if necessary) in court (the defense councel's capabilities are limited by filing motions and speaking in debate); in appealing against the ruling of the court of first instance and so on.

National Agency for Prevention of Corruption

Problems that we solve
Team 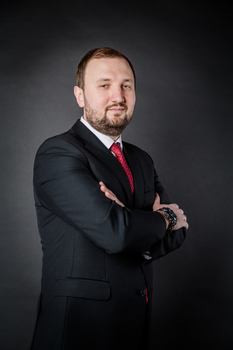 Engel's test for the President

NAPC protocol and referral of materials to the court, or what a “violator” can expect for (unscientific opinion of a lawyer)